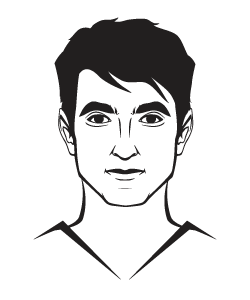 Drinking plenty of clean water is paramount to you …

People hire emergency plumbers for all sorts of th …

Grease traps are a necessary device in restaurants and commercial kitchens. They can cause big issues if they get clogged, so you need to know the signs that it is time to clean the trap.

Sinks and other water drains hooked into the trap system should drain quickly. If water sits in the sink and only seeps out slowly, then there is a blockage somewhere. If only one drain is affected, you may just need to clean that drain. If several drains are affected or if drain cleaning doesn't solve the problem, then the issue is likely in the trap and it is time to have it cleaned.

A well-maintained grease trap may be seen but it won't be smelled. If you are picking up the odor of rancid grease, rotting food, or raw sewage, then your grease trap is overly full and it needs to be drained. Failure to do so can cause all those odor-causing particles to back up into your restaurant, which will create a nightmare of a mess that can interfere with operations for several days as cleanup is completed.

Any backflow is a major problem. In the early stages, some water and trap residue may pool around floor drains but not cause too big of a problem. Once this begins to happen, though, it is just a matter of time before the sewage in the trap begins to overflow into sinks and dishwashing units. In some cases, this can even cause damage to the drain or the appliance that experiences the backflow. Prompt cleaning is the only solution.

When you look into the grease trap while a tap is running, you should be able to see water flowing through it. If water seems to pool in the trap momentarily before flowing away, then there is a clog developing in the trap. This is especially true if you are running clear water that doesn't have any debris in it for the trap to collect.

The local health department likely has rules and guidelines that determine how often a restaurant must clean its grease trap. If it is outside of the prescribed cleaning window, then it's time to schedule a trap cleaning right away. Failure to do so can lead to repercussions from the local health department, such as a poor score and even a revocation of your license to sell food until the issue is remedied.